Together we can make a difference!

What do you know about the use of homeopathy on farms?

The Langford Trust is proud to support a world renown team of vets and scientists at Bristol Vet School  who are making huge inroads towards solving the Anti Microbial Resistance problems for animals and humans. This team now has an opportunity to look at the impact of homeopathy on the attitudes of farmers and veterinary surgeons towards conventional medicine usage and animal husbandry.  We need to raise funds for this vital work.

The AMR Force research group led by Dr Kristen Reyher is an interdisciplinary research group that has collaborated successfully with researchers, practitioners and industry bodies across the food chain to influence the use of antimicrobials in the livestock sector. Working to change both policy and practice, the group has engaged farmers and veterinary surgeons, retailers and suppliers, as well as farming, medical and industry stakeholders. Over the last three to four years, members of the AMR Force have shared the results of their research widely, actively participating in initiatives to inform policy and influence the national research agenda. They are represented on the board of Antibiotic Action among other leading bodies and have been key speakers at events such as the Global Leaders Forum on AMR which informed government ministers ahead of the G7, G20 and UN General Assembly 2016 meetings. They have also been represented at All Party Parliamentary Group and House of Lords meetings on antimicrobial resistance. At a practical level, the group continues to work to inform and change the prescribing practices of vets nationally and internationally.

The group already has  effective researchers, funded or partially funded by the Langford Trust, in very successful projects that are helping to shape national and international strategies towards AMR. The proposed project using quantitative research into the use of homeopathy would build directly on that work. 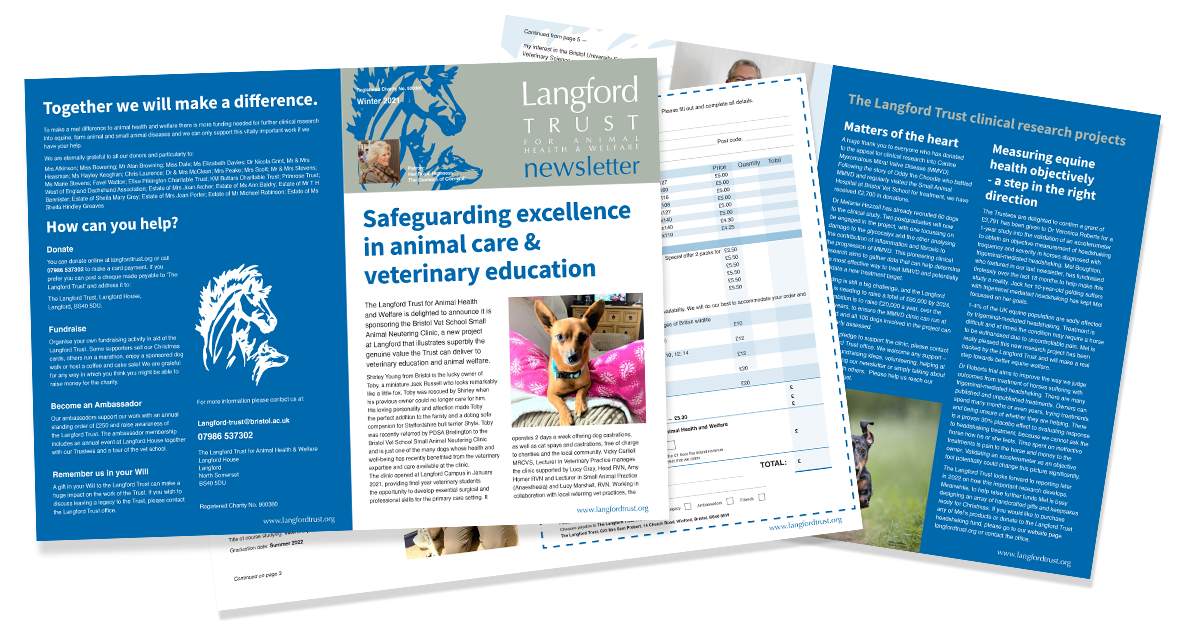 Help us to make a difference...